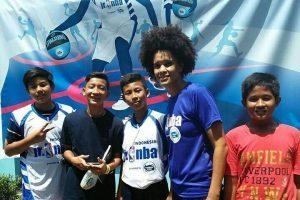 In February 2012 Cory Weissman led out the men’s basketball team of Gettysburg College for their last game of the season. Four years earlier he had suffered a stroke that left him paralysed on one side. Four years of rehab and he was able to walk with a limp, but was still not able to play competitively. But before his stroke he had been on the varsity team and the Gettysburgh coach wanted to give him a few seconds on court as a senior. So Cory was nominated captain and led out the starting five for what was both his first and last game for Gettysburg, for he was now due to graduate.

Knowing the struggle it was just to be there, the crowd and the players from both teams greeted him with wild applause. The Gettysburg coach gave him a few minutes on court before benching him.

With one minute to go Gettysburg was well ahead and the coach sent Cory back out on court. The Washington coach called time out and instructed his players to foul Cory Weissman. For those who don’t know basketball this was a very generous act, for it meant Cory would be given two shots at the basket.

The assistant vice president for athletics at Gettysburg, David Wright, later wrote to Washington College: “Your coach, Rob Nugent, along with his … staff and student-athletes, displayed a measure of compassion that I have never witnessed in over 30 years of involvement in intercollegiate athletics.”