The Fall of Vulcan 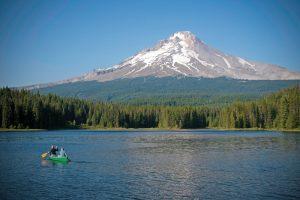 Ancient Greek mythology tells the sad tale of Vulcan, the son of the supreme gods Jupiter and Juno. Vulcan was particularly attached to his mother, the more so as Jupiter’s philandering and abusive ways brought her such pain. Vulcan lavished affection on Juno and sought to comfort her when she suffered Jupiter’s neglect.

One day, after Juno had unleashed a fit of jealousy, Jupiter punished her by hanging her out of heaven, held by a golden chain. Vulcan, distressed by his mother’s plight, grabbed a hold of the chain, and pulling with all his might, dragged Juno back into heaven and was about to set her free, when Jupiter returned. Infuriated that his son had interfered in what he saw as an issue between husband and wife, Jupiter hurled Vulcan out of heaven.

The space between haven and earth was so great that Vulcan’s fall lasted a whole day and night. Hitting the earth he injured one of his legs, leaving him lame and deformed for the rest of his life.

But it was not the fall that hurt Vulcan as much as his mother’s response. Though he had risked everything to rescue his mother she never made the slightest effort to discover whether the had reached earth safely. Wounded by her indifference and ingratitude, Vulcan vowed he would never return to Olympus and withdrew into the solitude of Mount Aetna.

The myth highlights what is a very human reality, the wounds that can come not from what people do to us, but what people don’t do. To feel unappreciated and unvalued can create deep emotional wounds, and generally, they cut deeper the closer we are to the person who doesn’t value us. One of the great relational disciplines then is to learn to express gratitude for the goodness and kindness of others, to appreciate their actions and let them know we appreciate them. In the mythology of Olympus Vulcan’s entire future could have been shaped differently if only his mother had shown some gratitude.