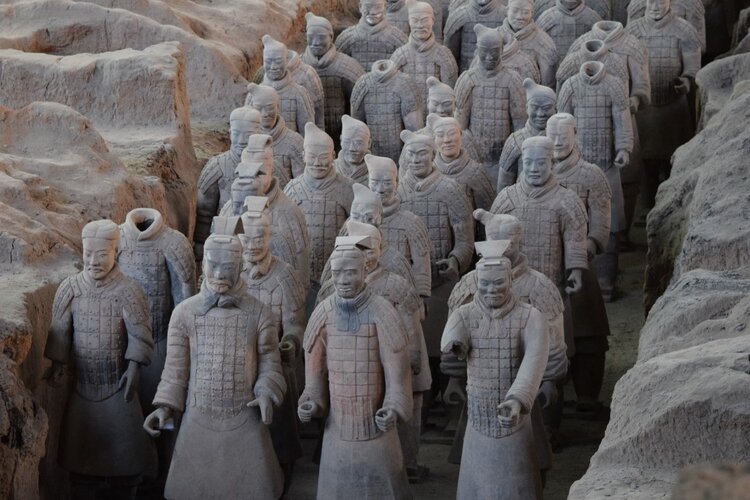 Thousands of years ago there was a famous Chinese general with a reputation for being an astute and cunning leader.

One day, at the end of a long campaign, this general decided to stop in a stronghold with a small battalion of soldiers, sending his main fighting force ahead to rest elsewhere. Meanwhile, one of his enemies catches wind of this and decides to march his army of hundreds of thousands of soldiers on the general’s all-but defenceless position.

In the middle of the night, the general’s awoken by one of his men, who breaks the news: The enemy’s close. They’ll be there before daybreak and the tiny band of soldiers in the stronghold will be no match for their numbers.

Hearing this, the general stops and pauses.

Understanding his predicament, he instructs his men to stand down, open the gates, take down the banners from the walls, and hide. The general then removes his armour, dons a cloak, and sits on the battlements playing a mandolin as he looks out at the approaching army.

The enemy leader soon arrives. He recognizes the general immediately.

And orders his forces to halt.

He stops to think. He knows this general better than anyone, including his reputation for wily deeds and setting deadly traps. He waits some more. The presence of this infamous general, sitting there with such nonchalance, makes him question himself. Was the information he received false? Is the general luring him into a trap?

Or is it a double bluff?

Is this a ploy to make him question himself and the general is, in fact, as defenceless as he seems?

He waits some more…And then he orders his forces to retreat.

First, your reputation is crucial and can deliver all sorts of positive outcomes.

Second, there’s often a cleverer, more strategic way to achieve your goals. Never assume it takes sweat, blood and tears. Look for a method of attaining the same results with less effort.