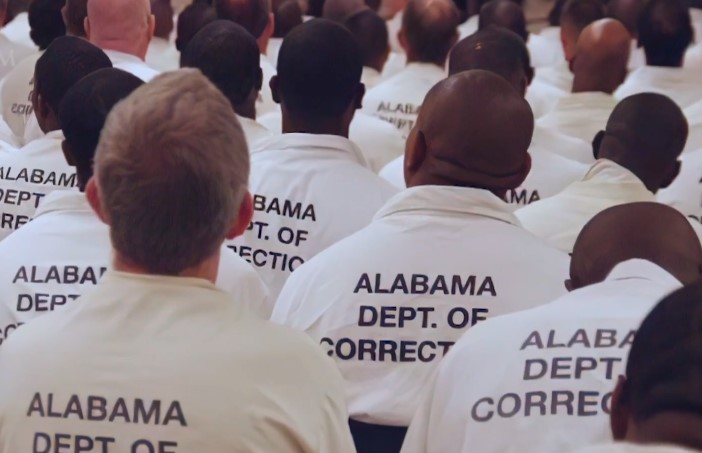 “He would come home in a bad mood most days. I can’t remember too many days when he would come home that I didn’t get a whipping for something.” Frank Gossett thought he would never win his father’s love. He only believed what he was told.

“He would tell me that I was worthless, and useless, and stupid sometimes,” Frank recalls. “He never told me that he loved me. Seemed like I didn’t live up to his expectations as his son. Nothing I could really do to get his attention or approval.”

Outside the home, he faced the same rejection every day from neighborhood children who bullied him relentlessly. “That kind of made things even tougher, because, again, I felt like I just don’t fit in. I couldn’t understand why.”

He became convinced there was only one way he would be accepted. “My dad and my uncles would get drunk on the weekends,” says Frank. “I thought maybe if I learned how to drink and I could be one of the guys, maybe I would be accepted.”

Drinking only got him into more trouble, but it also gave him an escape—and to frank, that was worth the punishment. “It took away the pain,” Frank says. “I thought, I’m gonna probably get a whipping for something anyway, so I’m, you know, doing something to be whipped for.”

Frank was eleven when his family left the country for a town near Birmingham. There, he found another means of escape—LSD. Soon he was funding his addiction by growing and dealing pot, and fueled by the benefits that came with the lifestyle. “When you’re an addict, as long as you’ve got money or drugs, you’ve got friends. They would say, ‘Wow, where’d you get this? It’s really good.’”

By sixteen, frank dropped out of school and took a job working in a steel mill alongside his dad. “I thought maybe that would be an opportunity for he and I to bond,” says Frank. “My dad would be very critical, always telling me I could do better. I felt like, you know, ‘Am I ever gonna do anything to measure up?’”

Frank threw himself into his work and continued dealing, but only to get more money for his next addiction–cocaine. “Cocaine, you know, was everything,” Frank says. I mean, it–everything revolved around me getting high.”

Frank would do anything for the next high, regardless of the consequences. “I had friends who were dying of AIDS who were IV drug users. That didn’t stop me. Had people, friends, that were killed in drug deals gone bad.”

Even after he was arrested and sentenced to 25 years in prison for stealing $17,000 from his employer, Frank continued to use and sell drugs. but being a dealer in prison left him in constant fear. “There were two guys that had owed me a drug debt. And I had heard they were wanting to kill me over it. I knew that, at that point that. I’ve got to do something different in life.”

It was then, an inmate began sharing about the peace he found through Christ. “He invited me to go to church with him one night,” Frank says. “And that February the 5th, 2008, God just got ahold of my heart. After I went to the altar and we prayed, I just remember feeling a peace that I hadn’t felt in my whole life. All I can say is the Holy Spirit just touched me that night, I don’t want to say I heard an audible voice, but I just felt the feeling like, you know, ‘Are you ready to give all of this stuff up you’ve been doing? Because I have something better for you.’ And when I said, ‘Yes, Lord,’ It’s like I could hear chains breaking and just falling to the floor. I just felt this freedom. I can’t explain it, it was just a freedom like I’ve never felt before in my life.”

With that peace, frank became a new man. “I quit doing drugs that very day,” he says. “There was a seminary college there in the prison, and I got involved in that, and going to classes, going to every church service I could go to. Even the officers seen I wasn’t the person that came to prison.”

After living three years clean and sober, Frank received something he never expected–an early release. “God opened a door for me to go to this halfway house, which I’m the only person who completed the nine-month program without either going back to prison or wound-up dead.”

Today, Frank serves full-time as a prison chaplain, has been clean for 13 years, and even reconciled with his father. and he says it’s all because of the unconditional love he received from God. “Jesus has been the friend who’s accepted me for who I was,” Frank says. “God has redeemed my time. He’s restored so many things in my life. It’s just so awesome to see; God’s given me everything I had before, you know, but better.”