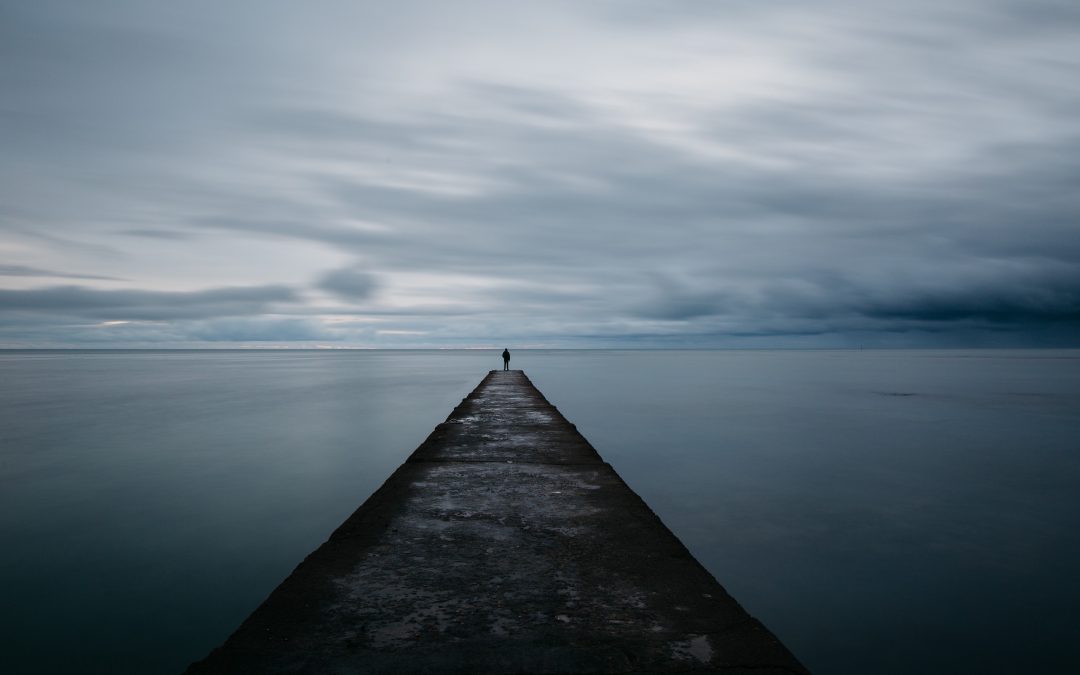 In the faint light of the attic, an old man, tall and stooped, bent his great frame and made his way to a stack of boxes that sat near one of the little half windows. Brushing aside a wisp of cobwebs, he tilted the top box toward the light and began to carefully lift out one old photograph album after another. Eyes once bright but now dim searched longingly for the source that had drawn him here.

It began with the fond recollection of the love of his life, long gone, and somewhere in these albums was a photo of her he hoped to rediscover. Silent as a mouse, he patiently opened the long-buried treasures and soon was lost in a sea of memories. Although his world had not stopped spinning when his wife left it, the past was more alive in his heart than his present aloneness.

Setting aside one of the dusty albums, he pulled from the box what appeared to be a journal from his grown son’s childhood. He could not recall ever having seen it before or that his son had ever kept a journal. Why did Elizabeth always save the children’s old junk? he wondered, shaking his white head.

Opening the yellowed pages, he glanced over a short entry, and his lips curved in an unconscious smile. Even his eyes brightened as he read the words that spoke clear and sweet to his soul. It was the voice of the little boy who had grown up far too fast, in this very house, and whose voice had grown fainter and fainter over the years. In the utter silence of the attic, the words of a guileless six-year-old worked their magic and carried the old man back to a time almost totally forgotten.

Entry after entry stirred a sentimental hunger in his heart like the longing a gardener feels in the winter for the fragrance of spring flowers. But it was accompanied by the painful memory that his son’s simple recollections of those days were far different from his own. But how different?

Reminded that he had kept a daily journal of his business activities over the years, he closed his son’s journal, tucked it under his arm, and turned to leave, having forgotten the cherished photo that originally triggered his search. Hunched over to keep from bumping his head on the rafters, the old man stepped to the wooden stairway and made his descent, then headed down a carpeted stairway that led to the den.

Opening a glass cabinet door, he reached in and pulled out an old business journal. Turning, he sat down at his desk and placed the two journals beside each other. His was leather-bound and engraved neatly with his name in gold, while his son’s was tattered and the name “Jimmy” had been nearly scuffed from its surface. He ran a long, skinny finger over the letters as though he could restore what had been worn away with time and use.

As he opened his journal, the old man’s eyes fell upon an inscription that stood out because it was so brief in comparison to other days. In his own neat handwriting were these words:

With a deep sigh and a shaking hand, he took Jimmy’s journal and found the boy’s entry for the same day, June 4. Large scrawling letters pressed deeply in the paper read:

“Went fishing with my dad. Best day of my life.”