Which Was The King? 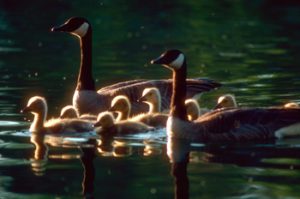 One day King Henry the Fourth of France was hunting in a large forest. Towards evening he told his men to ride home by the main road while he went by another way that was somewhat longer.

As he came out of the forest he saw a little boy by the roadside, who seemed to be watching for some one.

“Well, my boy,” said the king, “are you looking for your father?”

“No, sir,” answered the boy. “I am looking for the king. They say he is hunting in the woods, and perhaps will ride out this way. So I’m waiting to see him.”

“Oh, if that is what you wish,” said King Henry, “get up behind me on the horse and I’ll take you to the place where you will see him.”

The boy got up at once, and sat behind the king. The horse cantered briskly along, and king and boy were soon quite well acquainted.

“They say that King Henry always has a number of men with him,” said the boy; “how shall I know which is he?”

“Oh, that will be easy enough,” was the answer. “All the other men will take off their hats, but the king will keep his on.”

“Do you mean that the one with his hat on will be the king?”

Soon they came into the main road where a number of the king’s men were waiting. All the men seemed amused when they saw the boy, and as they rode up, they greeted the king by taking off their hats.

“I don’t know,” answered the boy; “but it must be either you or I, for we both have our hats on.”