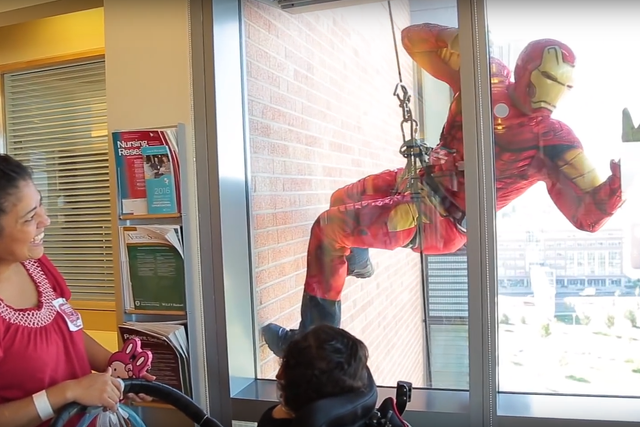 For many children, the prospect of meeting a superhero is one that would fill them with immeasurable joy and excitement.

In 2016, this became a reality for children being treated at Children’s Hospital Colorado when costumed crusaders including Iron Man, Spider-Man and Captain America were spotted rappelling down the side of the 10-story building.

Members of the Aurora Police Department Strategic Response and Tactics Team decided to give the children being looked after at the medical institution a bit of boost by dressing up as the superheroes and providing them with the phenomenally super surprise.

The hospital thanked the team on YouTube for “being superheroes, this day in-costume, and every day in our community.”