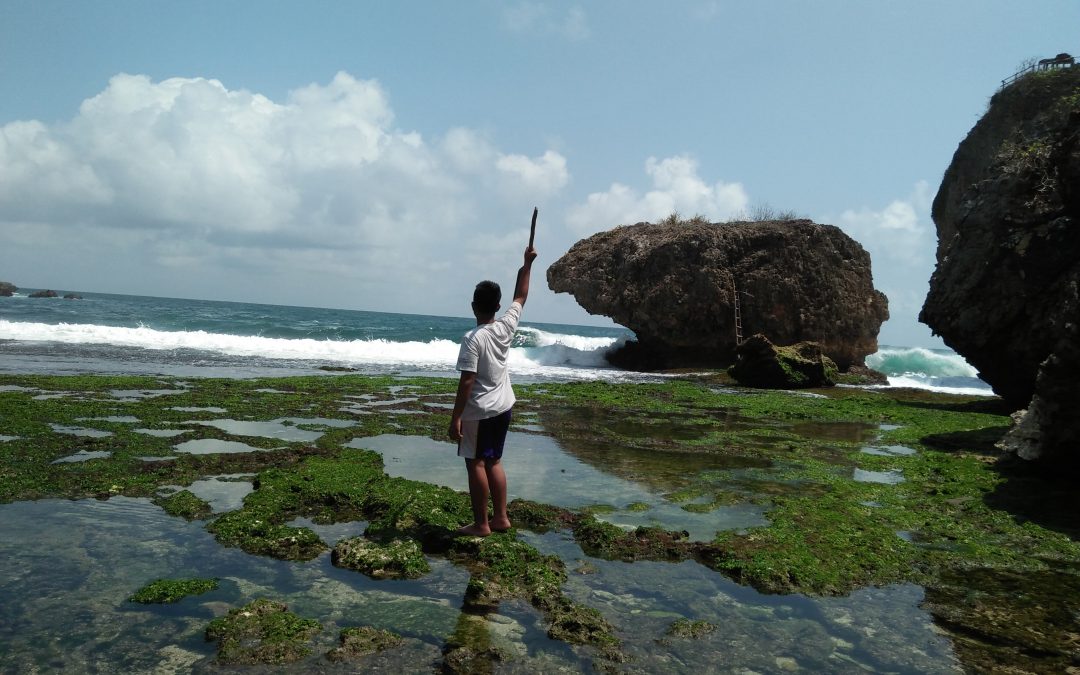 A long time ago there lived a poor slave whose name was Aesop. He was a small man with a large head and long arms. His face was white, but very homely. His large eyes were bright and snappy.

When Aesop was about twenty years old his master lost a great deal of money and was obliged to sell his slaves. To do this, he had to take them to a large city where there was a slave market.

The city was far away, and the slaves must walk the whole distance. A number of bundles were made up for them to carry. Some of these bundles contained the things they would need on the road; some contained clothing; and some contained goods which the master would sell in the city.

“Choose your bundles, boys,” said the master. “There is one for each of you.”

Aesop at once chose the largest one. The other slaves laughed and said he was foolish. But he threw it upon his shoulders and seemed well satisfied. The next day, the laugh was the other way. For the bundle which he had chosen had contained the food for the whole party. After all had eaten three meals from it, it was very much lighter. And before the end of the journey Aesop had nothing to carry, while the other slaves were groaning under their heavy loads.

“Aesop is a wise fellow,” said his master. “The man who buys him must pay a high price.”

A very rich man, whose name was Xanthus, came to the slave market to buy a servant. As the slaves stood before him he asked each one to tell what kind of work he could do. All were eager to be bought by Xanthus because they knew he would be a kind master. So each one boasted of his skill in doing some sort of labor. One was a fine gardener; another could take care of horses; a third was a good cook; a fourth could manage a household.

“And what can you do, Aesop?” asked Xanthus.

“Because, since these other slaves do everything, there is nothing left for me to perform,” said Aesop.

This answer pleased the rich man so well that he bought Aesop at once, and took him to his home on the island of Samos.

In Samos the little slave soon became known for his wisdom and courage. He often amused his master and his master’s friends by telling droll fables about birds and beasts that could talk. They saw that all these fables taught some great truth, and they wondered how Aesop could have thought of them.

Many other stories are told of this wonderful slave. His master was so much pleased with him that he gave him his freedom. Many great men were glad to call him their friend, and even kings asked his advice and were amused by his fables.