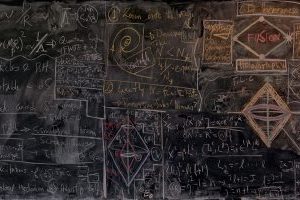 You be the judge.

Life’s a little thing! Robert Browning once wrote. But a little thing can mean a life. Even two lives. How well I remember. Two years ago in downtown Denver my friend, Scott, and I saw something tiny and insignificant change the world, but no one else even seemed to notice.

It was one of those beautiful Denver days. Crystal clear, no humidity, not a cloud in the sky. We decided to walk the ten blocks to an outdoor restaurant rather than take the shuttle bus that runs up and down the Sixteenth Street Mall. The restaurant, in the shape of a baseball diamond, was called The Blake Street Baseball Club. The tables were set appropriately on the grass infield. Many colorful pennants and flags hung limply overhead. As we sat outside, the sun continued to beat down on us, and it became increasingly hot. There wasn’t a hint of a breeze, and heat radiated up from the tabletop. Nothing moved, except the waiters, of course. And they didn’t move very fast, either.

After lunch Scott and I started to walk back up the mall. We both noticed a mother and her young daughter walking out of a card shop toward the street. She was holding her daughter by the hand while reading a greeting card. It was immediately apparent to us that she was so engrossed in the card that she did not notice a shuttle bus moving toward her at a good clip. She and her daughter were one step away from disaster when Scott started to yell.

He hadn’t even gotten a word out when a breeze blew the card out of her hand and over her shoulder. She spun around and grabbed at the card, nearly knocking her daughter over. By the time she picked up the card from the ground and turned back around to cross the street, the shuttle bus had whizzed by her. She never even knew what almost happened. To this day two things continue to perplex me about this event. Where did that one spurt of wind come from to blow the card out of that young mother’s hand? There had not been a whisper of wind at lunch or during our long walk back up the mall. Secondly, if Scott had been able to get his words out, the young mother might have looked up at us as they continued to walk into the bus. It was the wind that made her turn back to the card – in the one direction that saved her life and that of her daughter. The passing bus did not create the wind. On the contrary, the wind came from the opposite direction. I have no doubt it was a breath from God protecting them both. But the awesomeness of this miracle is that she never knew.

As we continued back to work, I wondered how God often acts in our lives without our being aware. The difference between life and death can very well be a little thing.