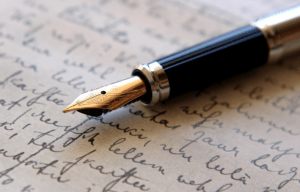 what sort of person does God use? Imagine a group of people gathered before you. You need to select from among them those most likely to play a pivotal role in God’s plans for humanity. They are so at ease with you that they open up and share their darkest secrets. One tells you that after a night of heavy drinking he was sexually abused by one of his own sons. Another confesses that he gave his wife to another man to sleep with. Yet another plotted with his mistress to kill her husband. Another murdered a man and is still on the run from the law. One is a prostitute. Another has a lifestyle marked by violence – he even killed people to impress a girlfriend and his prospective father-in-law. Yet another confesses that he cheated his brother out of his inheritance.

Could you use them? I hope so, for they are the heroes of faith described in Hebrews 11. Noah is the man who got drunk and was sexually abused; Abraham is the man who gave his wife to sleep with another; David is the one who plotted to have his mistress’ husband killed. Moses is the one who murdered an Egyptian and was never brought to account for it. Rahab was the prostitute. Samson is the man whose life was marked by violence and who killed to impress his girlfriend. Jacob is the person who cheated his brother out of his inheritance.