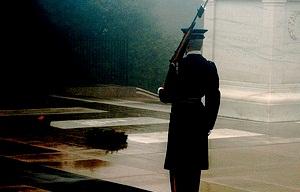 Tony Campolo tells the sad story from his high school days of how he failed to truly be a Christian. There was a boy in his class named Roger. Roger was gay. Everyone knew and tormented him for it. They heaped verbal and even physical abuse upon him. One day the abuse reached a crescendo. Five of boys dragged Roger into the shower room, shoved him into the corner and urinated all over him.

Around two o’clock the next morning Roger went down to the basement of his house and hung himself.

When they told Tony, he says he realized he wasn’t a Christian. He knew all the right answers and sincerely believed all the right things and had lots of good moral practises. But Tony didn’t live faith out when it came to  Roger. If he had he says he would have stood up for Roger when the others were mocking him, he would have been a friend, and just maybe, Roger would still be alive today.

Reported in Tony Campolo, Let Me Tell You A Story