Why Ghandi Didn’t Become a Christian 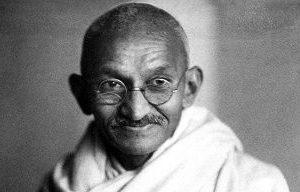 Mahatma Gandhi is one of the most respected leaders of modern history. A Hindu, Ghandi nevertheless admired Jesus and often quoted from the Sermon on the Mount. Once when the missionary E. Stanley Jones met with Ghandi he asked him, “Mr. Ghandi, though you quote the words of Christ often, why is that you appear to so adamantly reject becoming his follower?”

Apparently Ghandi’s rejection of Christianity grew out of an incident that happened when he was a young man practising law in South Africa. He had become attracted to the Christian faith, had studied the Bible and the teachings of Jesus, and was seriously exploring becoming a Christian. And so he decided to attend a church service. As he came up the steps of the large church where he intended to go, a white South African elder of the church barred his way at the door. “Where do you think you’re going, kaffir?” the man asked Ghandi in a belligerent tone of voice.

Ghandi replied, “I’d like to attend worship here.”
The church elder snarled at him, “There’s no room for Kaffirs in this church. Get out of here or I’ll have my assistants throw you down the steps.”
From that moment, Ghandi said, he decided to adopt what good he found in Christianity, but would never again consider becoming a Christian if it meant being part of the church.