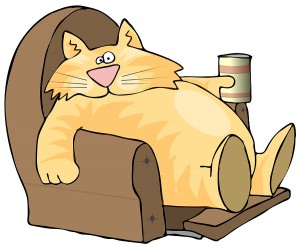 Laziness is a state of inaction. It’s something that you do, not something that you are. Being lazy means you have no motivation to do anything. This is the obvious but the mistake that many people make is identifying themselves as someone who is lazy. In this article,

I’m going to share with you something that will help you see this state of inaction in a different way. Hopefully, after you read this article, you will that anything that is not a part of who you are is just a habit.

Lazy people are often seen as useless. They are the ones who don’t do anything. They can be seen as underachievers or even bums. This can be a child or an adult. You can view a student who never studies as lazy. You can see an employee who doesn’t do his work has being lazy. In all of these cases, what the lazy person is doing is being lazy. But are they really being lazy or are they acting lazy?

There is a huge difference between saying you act lazy sometimes and you are a lazy person. One is suggesting that your laziness is temporary while the other suggests that it’s permanent. This is the myth of laziness. People who are lazy aren’t lazy; they simply are people who are temporarily acting that way.

For example, if you are too lazy to go to the gym, would you go if someone offered you a million dollars to go? If you are too lazy to clean out the garage, would someone pointing a gun to your head help you take action? The reason can be positive or negative as long as it’s strong enough to induce action.

The bottom line of knowing how to overcome laziness comes down to finding enough reasons to take action. Action will lead to success while inaction will lead to failure. Before you take action though, you need a compelling reason to do so. To motivate someone who is lazy, what you need to do is help them find purpose and enough reasons to work towards a certain goal.