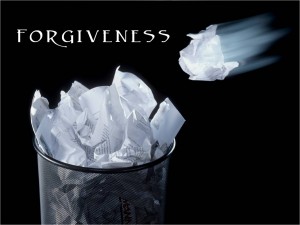 When it comes to forgiveness, we’re tough negotiators. We open with an offer like, “I’ll forgive you, if . . . .” Then, we follow with a subtle concession that sounds like a confession: “I can’t forgive her until she learns her lesson.”

When we think the other side is stonewalling, we take off the gloves: “If I forgive him, he’ll just think he got away with it.”

Truth says we can’t conduct these negotiations. We’re ambassadors of the King, and we represent, not our own, but the King’s intentions as well as his character. The King says forgive and that means we forgive. See the period at the end of the previous sentence? We forgive.

Anything else, such as saying, “”I’ll forgive him, if . . .” isn’t really forgiving; it’s just negotiating, and God’s court of justice will not recognize contracts made without kingly authority or permission.

The question is not should, if, or can someone be forgiven; the true question is will you make the choice to forgive?