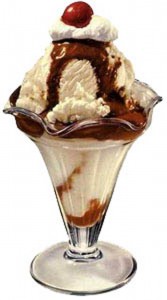 One day, a ten-year-old boy went to an ice cream shop, sat at a table and asked the waitress, “How much is an ice-cream cone?” She said, “seventy-five cents.” The boy started counting the coins he had in his hand. Then he asked how much a small cup of ice-cream was. The waitress impatiently replied, “sixty five cents.” The boy said, “I will have the small ice-cream cup.” He had his ice-cream, paid the bill and left. When the waitress came to pick up the empty plate, she was touched. Underneath were ten cent coins as tip.

The little boy had consideration for the waitress before he ordered his ice-crearn. He showed sensitivity and caring. He thought of others before himself. If we all thought like the little boy, we would have a great place to live. Show consideration, courtesy, and politeness. Thoughtfulness shows a caring attitude.