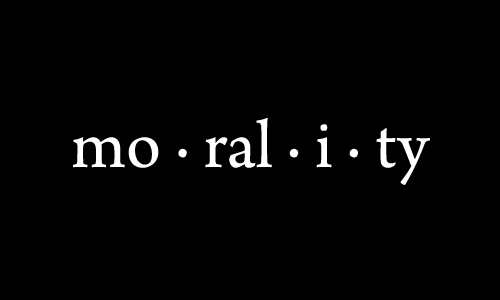 There is this story of a man who had a dream one night. He dreamed that he died and found himself immediately in a large room. In the room there was a huge banquet table filled with all sorts of delicious foods. Around the table people were seated who were hungry but the chairs were five feet from the edge of the table and people apparently could not get out of the chairs and their arms were not long enough to reach the food. In the dream there was a single large spoon, five feet long. Everyone was fighting, quarrelling, pushing each other, trying to grab hold of that spoon. Finally in that awful scene, one strong bully got hold of the spoon. He reached out, picked up some food, and turned it to feed himself. Only to find out that the spoon was so long that as he held it out he could not touch his mouth. The food fell off. Immediately someone else grabbed the spoon. Again, the person reached far enough to pick up the food, but could not feed himself. In the dream, the man was observing it all said to his guide, “this is hell-to have food and not be able to eat it”.

The guide replied, “Where do u think u are? This is hell. But this is not ur place. Come with me.”

And they went into another room. In this room things were the same as the previous room. People were not able to reach food coz of the same reasons. Yet they had a satisfied, pleasant look on their faces. Only then the visitors see the reason why. Exactly as before, there was only one spoon. It, too, had a handle five feet long. Yet no one was fighting for it. In fact, one man, who held the handle, reached out, picked up the food, and put it into the mouth of someone else, which ate it and was satisfied. That person then took the spoon by the handle, reached for the food from the table, and put it back to the mouth of the man who had just given him something to eat. And the guide said, “This is heaven”.

People who try to achieve happiness with selfishness end up it in a hell on earth. If u live by the laws of God and choose to look for people who have burdens, you might be able to help them. But if u look for ur own happiness, ignoring the needs of those around u, u will lose out altogether.