The Lesson From The Elder 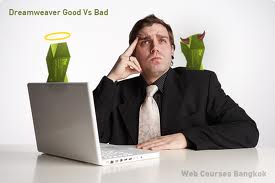 Grandfather was an elder Cherokee Native American who had a wrinkled, nut brown face and kind dark eyes. His grandson often came in the evening to sit on his knee and ask the many questions that children ask.

One day the grandson came to his grandfather with a look of anger on his face; the child’s anger turned to quiet tears. “Come sit, tell me what happened today”, grandfather said. “Father and I went to the store today and because I helped him, he bought me a present of a jack-knife. It was small but a good size for me.

Here the boy laid his head against his grandfather’s knee and became silent. The grandfather, softly placed his hand on the boy’s raven hair and said, “And then what happened?”

Without lifting his head, the boy said, “I went outside to wait for father and to admire my new knife in the sunlight. Some town boys came by and saw me, they got all around me and starting saying bad things. They called me dirty and stupid and said that I should not have such a fine knife. The largest of these boys pushed me back and I fell over one of the other boys. I dropped my knife and one of them snached it up and they all ran away laughing.” Here the boy’s anger returned, “I hate them. I hate them all.”

The elder Cherokee, with eyes that have seen too much, lifted his grandson’s face so his eyes looked into the boy’s face. Grandfather said, “Let me tell you a story. I too, at times, have felt a great hate for those who have taken so much with no sorrow for what they do. But hate wears you down and does not hurt your enemy. It is like taking poison and wishing your enemy would die. I have struggled with these feeling many times. It is as if two wolves are inside me…. It is a terrible fight.

One wolf is good and does no harm. He lives in harmony with all around him and does not take offense when no offense was intended. It will only fight when it is right to do so and in the right way. This wolf stands for joy, peace, love, hope, sharing, serenity, humility, kindness, benevolence, friendship, empathy, generosity, truth, compassion and faith.

The other wolf is full of anger. The littlest thing will set him into a fit of a temper. He fights everyone, all the time, for no reason. He cannot think because his anger and hate are so great. It is helpless anger, for his anger will change nothing. This wolf represents fear, envy, greed, arrogance, self-pity, guilt, lies, false pride and superiority.

Sometimes it is hard to live with these two wolves inside me for both of them try to dominate my spirit. This same fight is going on inside you and inside every other person too.

The boy looked intently into his grandfather’s eyes and asked, “Which wolf will win?” The old Cherokee simply replied….