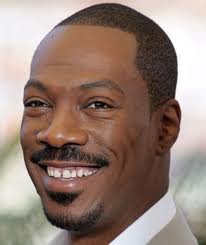 Having her hair done at a Dallas beauty parlor, a Woman told a cautionary tale about racial prejudice. The story deserves a wider audience.

On a recent weekend in Las Vegas, the woman related, she won a bucketful of quarters at a slot machine. She took a break from the slots for dinner with her husband in the hotel dining room. But first she wanted to stash the quarters in her room.

“I’ll be right back and we’ll go to eat,” she told her husband and she carried the coin laden bucket to the elevator. As she was about to walk into the elevator she noticed two men already aboard. Both were black.

One of them was big… very big… an intimidating figure. The woman froze.

Her first thought was: These two are going to rob me. Her next thought was: Don’t be a bigot, they look like perfectly nice gentlemen. But racial stereotypes are powerful, and fear immobilized her. She stood and stared at the two men.

She felt anxious, flustered, ashamed. She hoped they didn’t read her mind, but knew they surely did; her hesitation about joining them on the elevator was all too obvious. Her face was flushed. She couldn’t just stand there, so with a mighty effort of will she picked up one foot and stepped forward and followed with the other foot and was on the elevator.

The elevator didn’t move. Panic consumed her. My God, she thought, I’m trapped and about to be robbed! Her heart plummeted. Perspiration poured from every pore.

Then … one of the men said, “Hit the floor.” Instinct told her: Do what they tell you. The bucket of quarters flew upwards as she threw out her arms and collapsed on the elevator carpet. A shower of coins rained down on her. Take my money and spare me, she prayed. More seconds passed.

She heard one of the men say politely, “Ma’am, if you’ll just tell us what floor you’re going to, we’ll push the button.” The one who said it had a little trouble getting the words out. He was trying mightily to hold in a belly laugh.

She lifted her head and looked up at the two men. They reached down to help her up. Confused, she struggled to her feet. “When I told my man here to hit the floor,” said the average sized one, “I meant that he should hit the elevator button for our floor. I didn’t mean for you to hit the floor, ma’am.” He spoke genially. He bit his lip. It was obvious he was having a hard time not laughing.

She thought: My God, what a spectacle I’ve made of myself. She was so humiliated to speak. She wanted to blurt out an apology, but words failed her. How do you apologize to two perfectly respectable gentlemen for behaving as though they were going to rob you? She didn’t know what to say. The 3 of them gathered up the strewn quarters and refilled her bucket. When the elevator arrived at her floor, they insisted on walking her to her room. She seemed a little unsteady on her feet, and they were afraid she might not make it down the corridor. At her door they bid her a good evening.

As she slipped into her room she could hear them roaring with laughter while they walked back to the elevator. The woman brushed herself off. She pulled herself together and went downstairs for dinner with her husband.

The next morning flowers were delivered to her room – a dozen roses. Attached to EACH rose was a crisp one hundred dollar bill. The card said: “Thanks for the best laugh we’ve had in years.”

It was signed,
Eddie Murphy and Bodyguard