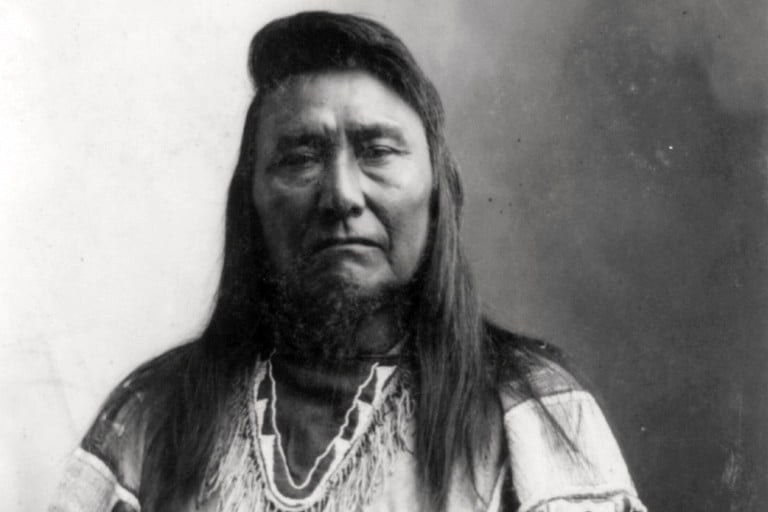 Out of the great Native American chiefs and warriors who represented bravery, leadership, strength, and military skill, Chief Joseph was known for his heart.

On October 5, 1877, Nez Perce tribe leader Chief Joseph delivered a short, impromptu, and wrenching speech that many see as the final death knell of the way of life for the Native Americans. Overtaken by the United States Army during a desperate multi-week retreat toward Canada, Chief Joseph surrendered to General Howard with this bleak, moving message:

“I am tired of fighting. Our chiefs are killed. Looking Glass is dead. Toohoolhoolzote is dead. The old men are all dead. It is the young men who say, ‘yes’ or ‘no.’ He who led the young men [Olikut] is dead. It is cold, and we have no blankets. The little children are freezing to death. My people, some of them, have run away to the hills, and have no blankets, no food. No one knows where they are — perhaps freezing to death. I want to have time to look for my children and see how many of them I can find. Maybe I shall find them among the dead. Hear me, my chiefs! I am tired. My heart is sick and sad. From where the sun now stands I will fight no more forever.”

Chief Joseph never got to return to his homeland as was promised. Still, despite seeing his tribesmen die of disease and at the hands of the white man, he never gave up being the conscience of his people. He never gave up hope that one day, Native Americans would achieve freedom and equality.

In 1904 Chief Joseph died, according to his doctor, of a broken heart.

On October 5, 1877, Chief Joseph formally surrendered to U.S. troops after he and his tribe, the Nez Perce, fought and outmaneuvered their enemies during a three-month long, 1,400-mile retreat along the West in hopes of reaching Canada. They were only 40 miles away from the border when they finally surrendered.