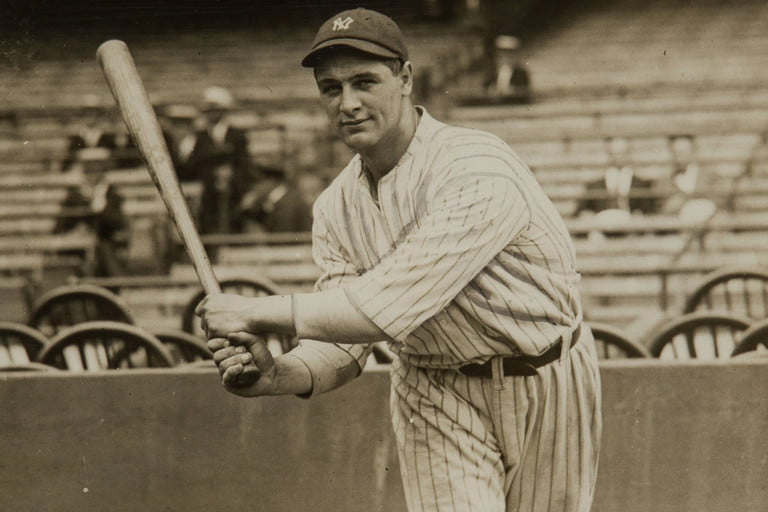 No one wants a deadly disease named after them, but that’s what happened to baseball legend Lou Gehrig, who died at 37 after a brief battle with ALS. Following a stunning career in which the Hall of Fame player earned many of baseball’s top honors and awards, Gehrig delivered one of the most touching speeches of the 20th century, a speech in which he brought comfort to those mourning his illness even as his health fell apart.

in essence, he told people not to worry about one dying man but instead to celebrate all life had to offer. He went on to list all the wonderful things in his life. In so doing, he brought solace to many and created a model of selflessness. Gehrig delivered this short speech on Independence Day of 1939 at Yankee Stadium.

“Fans, for the past two weeks you have been reading about the bad break I got. Yet today I consider myself the luckiest man on the face of this earth. I have been in ballparks for 17 years and have never received anything but kindness and encouragement from you fans.

“Look at these grand men. Which of you wouldn’t consider it the highlight of his career just to associate with them for even one day? Sure, I’m lucky. Who wouldn’t consider it an honor to have known Jacob Ruppert? Also, the builder of baseball’s greatest empire, Ed Barrow? To have spent six years with that wonderful little fellow, Miller Huggins? Then to have spent the next nine years with that outstanding leader, that smart student of psychology, the best manager in baseball today, Joe McCarthy? Sure, I’m lucky.

“So I close in saying that I may have had a tough break, but I have an awful lot to live for.”