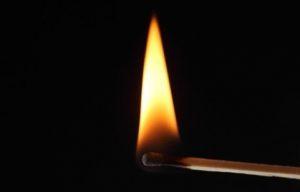 Apollo was one of the greatest gods of ancient Greek mythology. One of the stories about him concerns his human son Phaeton. Each morning Phaeton’s mother, Clymene would point out to the boy the rising of the sun and it’s passing through the sky. This was his father Apollo riding a chariot through the sky. However so magnificent were Clymene’s descriptions of Apollo that Phaeton became very conceited, boasting loudly and often of his divine parentage.

Tired of these boasts Phaeton’s playmates urged him to provide proof. Stung by their insults Phaeton learned from his mother how to find Apollo and then set out after the god. When he finally encountered Apollo he timidly entered his presence, and, encouraged by Apollo, poured out his story. As soon as he finished Apollo swore a solemn oath that he would grant his son any proof he wished. He had but to ask.

And ask Phaeton did. He asked permission to drive the sun chariot that very day, sure that his friends would see him and be convinced that Apollo was his father. Apollo was dismayed. Patiently he explained to Phaeton that the four fiery steeds would be beyond Phaeton’s control, that he would kill himself if he tried to drive the chariot. He begged Phaeton to select another proof.

But Phaeton refused to budge from his original request. He wanted to drive the sun chariot, and because Apollo had sworn an oath he could not deny the boy. The hour came when the fiery steeds were ready to go forth. Apollo anointed his son with a cooling oil to protect him from the suns harsh rays, gave him directions, and urged him to watch the steeds with the greatest care, especially to use the whip sparingly as the horses were inclined to be very restive.

Phaeton impatiently listened then leaped into the chariot. For an hour or two he paid heed to his father’s advice and all went well. But, growing overconfident and reckless he drove the horses faster and faster and lost his way. In getting back to course he drove too close to the earth, with disastrous results. The plants shrivelled up, the fountains and rivers went dry, the earth was blackened, and even the people in the land over which he drove were blackened.

Terrified at what he’d done Phaeton drove so far away that all the vegetation which had survived the scorching died on account of the sudden cold.

The people of earth cried out so loudly that the supreme god, Jupiter, was aroused form his sleep. Surveying what had been done he grew furious, took a lightning bolt and hurled it at the conceited Phaeton, killing him instantly.

Phaeton demonstrates the way of foolishness. Refusing to listen to the wiser counsel of others, fools rush headlong on their way, giving little thought to the possible consequences and so often finding themselves stranded in disaster.

Source: Reported in Guerber, The Myths of Greece and Rome