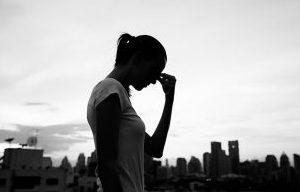 An African tribal legend tells of a village where the cows stopped producing as much milk as normal. Puzzled by this a young man of the tribe volunteered to stay up all night to discover what was happening. He hid behind a bush and waited for many hours, til finally, a beautiful young woman carrying a large bucket rode a moonbeam from heaven to earth. She milked the cows, filled her bucket, and headed back up into the sky.

Astonished by this the young man returned the next night, but this time he had set a trap and caught the young woman. He demanded to know who she was, and the young woman replied that she was a Sky Maiden, part of a tribe that lived in the sky and had no food of their own. It was her job to find food and take it back to her tribe. She pleaded to be set free, promising to do anything the young man asked. His condition was this – he would let the young woman go only if she agreed to marry him. The Sky Maiden agreed. She returned home and three days later came back for the wedding. She carried a large box with her and said, “I will be your wife and make you happy, but you must promise never to look inside this box.”

“Yes” replied the young man, “but it was empty. What’s so secret about an empty box?”

The Sky Woman was devastated. A tear trickled down her cheek. “I’m sorry, but I can’t live with you any longer” she said.

“Why? Why?” cried the young man. “what’s so terrible about my peeking into an empty box?”

“I’m not leaving because you opened the box” said the young woman. “I’m leaving because you said it was empty. It wasn’t empty. It was full of sky, full of the light and air and smells of my parent’s home. When I went back to the Sky Village that one last time before we married I filled that box with everything that was precious to me. How can I be your wife when what is most precious to me is emptiness to you?”