The Boat Race Between The Wise & The Foolish 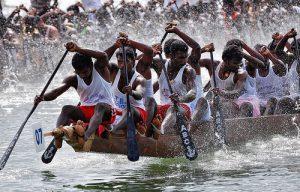 “Aha,” said the foolish people who immediately restructured their team: Now they had one senior manager, seven management consultants, and  one rower. In the rematch, the wise people won by two miles!

After further intensive consultations, the foolish people fired their rower!