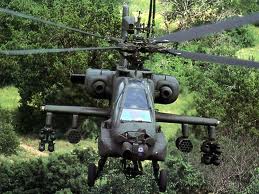 It didn’t look much like Christmas that December 23, 1969. The trees were lush, the countryside awash in green. There was no hint of snow in the sweltering heat. In fact, I was the only thing that “looked like Christmas.”

I was perched in the open door of a helicopter hovering about fifty feet over the center of a dusty village in the III Tactical Corps area of Vietnam. Instead of the ubiquitous olive drab that cloaked everything military, I was clad in a bright red Santa suit, complete with hat and white beard.

I had a sack of toys slung over my shoulder replacing the M-16 I usually carried. I wanted to make the entrance into the village square as quickly as possible before the beard turned gray with sweat and dust. I checked the harness of my rappelling gear, gave a thumbs-up to the chopper crew, and jumped out into space. I slid down the rope and made a soft landing in the center of the square. The helicopter departed in a final cloud of dust while I looked around the square.

The kids kept shrinking farther away from this stranger in red, and I thought my Santa Claus routine would be just another failed attempt to impose western ideas on an eastern culture. I sat down in the middle of the square, wondering how I could let these kids know that Santa was one of the good guys.

My mouth was still fuzzy with dust from my landing in the village, so I opened a butterscotch drop and popped it into my mouth to chase away the cobwebs. Instantly, the kids started inching closer. It took me a minute to realize they were drawn by the sight of food. I peeled the wrapper off another and held it out in my hand.

Slowly, one little girl allowed the allure of the candy to overcome her reluctance. She came forward to take the butterscotch from my hand. She put it in her mouth, and the half-frightened look on her face blossomed into a beautiful flower of a smile.

Then the dam broke and all the kids from all corners of the square were ionized to the magnet of the sweet stuff. They sat on me and touched me and laughed and giggled and smiled. I couldn’t peel wrappers off fast enough so I just started throwing the candy into the air. The kids scrambled frantically for it at first, but then returned to their better nature when they realized there would be enough for all of them.

Having captured their attention with the candy, I then broke out some small spiral notebooks and pens. As they marveled over their collective treasures, I went into the crowd of adults in the periphery with my fellow GIs and started handing out food from c-ration packs and from the packages we’d received from home. My mother’s chocolate chip cookies were a big hit.

The Vietnamese bowed and gestured and spoke their rapid-fire reactions … but what I understood best were the smiles.

We handed out Coke and Dr. Pepper and Pepsi and whatever else we’d scrounged for our gift-giving and, after a short while, everyone in the village had been given something in celebration of the birth of a little baby none of them had ever heard of.

We didn’t have much peace to spread beyond that precious hour of sanity in the asylum of Vietnam, but we did have an abundance of good will to share.

Yes, I’ve studied at some great colleges in my life and I’ve been taught by some of the greatest minds of our time, but I’ve never learned a lesson quite like the one I did in that tiny village square on that special Christmas in 1969.

Those Vietnamese never heard of Christmas before that day and certainly have never celebrated it since, however I know with utter certainty that they taught me more about the real meaning of Christmas than I ever thought I’d learn.

Christmas is not complicated. It rests in the hearts of people everywhere, all the time. Christmas is pure and it is simple. We can find Christmas ever day, in so very many ways. Christmas is love and when we show it, we get it back. The child born that first Christmas was never too young to teach that, and I pray that none of us are ever too old to learn it.