For Richer or Poorer 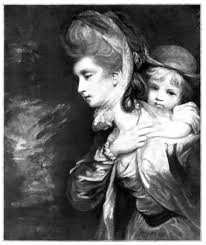 The wives who lived within the walls of the Weinsberg Castle in Germany were well aware of the riches it held: gold, sliver, jewels, and wealth beyond belief.

Then the day came in 1141 A. D. when all their treasure was threatened. And enemy army had surrounded the castle and demanded the fortress, the fortune, and the lives of the men within. There was nothing to do but surrender.

Although the conquering commander had set a condition for the safe release of all the women and children, the wives of Weinsberg refused to leave without having one of their own conditions met, as well. They demanded that they be allowed to fill their arms with as many possessions as they could carry out with them. Knowing that the women couldn’t possibly make a dent in the massive fortune, their request was honored.

When the castle gates opened, the army outside was brought to tears. Each woman had carried out her husband.

The wives of Weinsberg, indeed, were well aware of the riches the castle held.