Be a Person of Influence 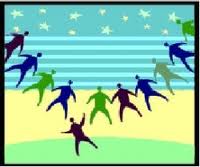 Isabelle works as a receptionist for a small oilfield supply company in Houston. She is perfect for her job. She’s bright, personable, and among the most upbeat people you will ever know. Everyone at her office loves her. One day, Isabelle’s mother became ill so she took a one week leave of absence to help take care of her. During that week, various people in the office took turns covering her job duties. It was a bit of an inconvenience because her coworkers had to leave their own duties for several hours at a time to take phone calls and greet visitors.

Unfortunately, Isabelle’s mother took a turn for the worse and Isabelle was forced to take more time off. She used vacation time and sick time, but before long, she ran out of paid days and had to arrange to take unpaid leave.

After about a month, the company’s owner felt that the burden on the others in the office had become too great so he instructed the human resources department to find a replacement for Isabelle. But when word got out to the other employees, instead of being relieved by the owner’s decision, something unexpected happened. Her co–workers gathered together and told the owner that they didn’t want to see her replaced, and they were willing to continue covering for her as long as it took. One by one, they told him that they would stay late to finish their own duties or do whatever was necessary to convince him to change his mind.

The owner was skeptical, but highly impressed that so many of Isabelle’s co–workers were willing to sacrifice their personal time for her. After discussing the matter further, the owner realized just how much Isabelle meant to everyone there and decided to keep her.

It took Isabelle’s mother another few weeks to recover and everyone in the office did their part. In fact, the owner was so impressed by the dedication of his employees to Isabelle that he even pitched in–to everyone’s surprise–and covered the phones once himself!

This owner understood the value that a positive person can bring to a work environment. He realized Isabelle had a tremendous, positive influence on the others. When Isabelle finally returned, the owner asked her into his office and informed her that he was even going to pay her for the time she had been away. He remarked to one of his managers that Isabelle was “just like a company benefit.”

Like Isabelle, you can make a difference in the quality of life for those around you. People need your love, support, and encouragement. Take your position seriously and use your influence well.