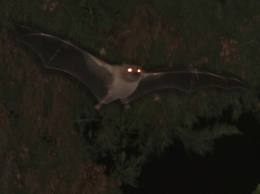 LEARN TO FIX YOUR LOYALITY

Once there broke a war between the birds and the beasts. Many battles were fought one after the other. If vow the birds got the upper hand, the next time beasts were successful.

The bats played a very treacherous role in this war. They sided with whichever side got the better of the other. Thus they were changing their loyalty from side to side.

Neither side paid any attention to the bats till the war lasted. But when the war got over, the bats didn’t know which side to go. First, they went to the birds. But the birds refused to own them as many birds had seen them fighting for the beasts.

Then, the bats went to the beasts. But there also they faced the same situation.

So, they were left all alone because of their disloyalty. 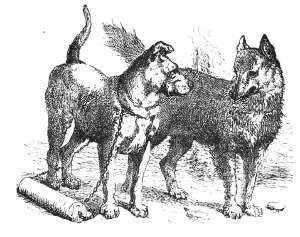 Once upon a time, some dogs were guarding a flock of sheep when a wolf came there. The dogs became alert and started barking at him. The wolf could not dare to move ahead. But he was very shrewd. He went to the dogs and said, “We belong to the same family. So, we are very much alike. We only differ on one ground, that we wolves are free while you are slaves to your master. Let’s forget our enmity and become friends.”

The dogs looked at each other and nodded. Seeing his clever idea work well, the wolf further said, “Accompany me to the forest, all the wolves will give you a warm welcome.”

Leaving the flock unguarded, the dogs went along with the wolf who took them to a den of wolves. The dogs entered the en and in no time the wolves fell upon them and tore them to pieces. Then the wolves went to the place where the flock was grazing. They killed all the sheep and ate them up.