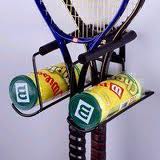 No matter the kind of booing or abuses you get, just because you’re not good at something, shouldn’t stop you from being the champion you are.

Yes, we’re all champions if we see ourselves as one.

Growing up for me was a challenge. I started out at primary school and was always asked by my teacher to sit at the back of the class because I was a dullard.

I kept forgetting things; I forgot nursery rhymes and spellings. I was the butt of class jokes and I was all alone, friendless and dejected and always in dullsville. I hated school, but my dad would hear none of it. He kept telling me I was a champion, if I believed it.

A turn around came one day when I remembered the spelling of the word ‘Cognoscenti ‘; a word all the other ‘bright students’ had forgotten how to spell because they spent their free time making fun of me.

I wasn’t asked to spell, even though I raised up my hands. So I stood up and went to the front of class, with 23 pairs of eyes piercing me like darts.

My teacher grabbed her cane, ready to flog me if I’d failed. I wrote the letters, spelt the word and became an instant champion. I represented and won, for my school, five Spelling Bee championships.

Secondary school had its own share of challenges. I was a tall kid and wasn’t good at any sport, except looking. I loved basketball and lawn tennis.

The first day I held a racket, I was disgraced by my opponent. He won six straight sets without sweat and there I was, sweating profusely like I’d run a marathon, whereas I hadn’t even made a single point.

My dad’s words kept playing in my ears; ‘Stanley, you’re a champion if you believe it.’

Believe it I did, because I wasn’t only good at lawn tennis and basketball, I was an all round athlete and even won both athletic and academic scholarships to College.

Now, I sit staring at this old racket of defeat that brought me shame five years ago and I can’t help but say to it, “Racket, you made me a champion when I believed’.

So remember: Yesterday’s failures are the manure for tomorrow’s success.