The Power Of Forgiveness 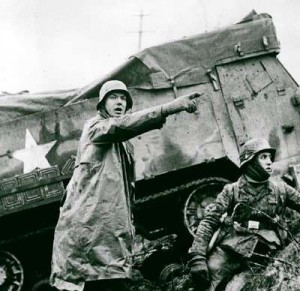 During the American Civil War, a young man named Roswell McIntyre was drafted into the New York Cavalry. The war was not going well. Soldiers were needed so desperately, that he was sent into battle with very little training.

Roswell became frightened – he panicked and ran. He was later court-martialed and condemned to be shot for desertion. McIntyre’s mother appealed to President Lincoln. She pleaded that he was young and inexperienced and he needed a second chance.

The generals, however, urged the president to enforce discipline. Exceptions, they asserted, would undermine the discipline of an already beleaguered army. Lincoln thought and prayed. Then he wrote a famous statement.

“I have observed,” he said, “that it never does a boy much good to shoot him.”

He then wrote the following letter in his own handwriting:

“This letter will certify that Roswell McIntyre is to be readmitted into the New York Cavalry. When he serves out his required enlistment, he will be freed of any charges of desertion.”

That faded letter, signed by the president, is on display in the Library of Congress. Beside it there is a note which reads,

“This letter was taken from the body of Roswell McIntyre, who died at the battle of Little Five Forks, Virginia.”

Given another chance, McIntyre fought until the end. Most of our decisions are of a different magnitude than Lincoln’s, but he illustrates that there is always a time to try again.

It never does a boy (or anybody else for that matter) much good to shoot him. But you might be surprised at the power of forgiveness!